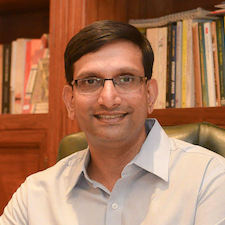 Srinath Raghavan is a historian and commentator on international and strategic affairs.  His many books include War and Peace in Modern India: A Strategic History of the Nehru Years (Palgrave Macmillan, 2010); 1971: A Global History of the Creation of Bangladesh (Harvard University Press, 2013); and most recently India’s War: The Making of Modern South Asia, 1939-45 (Penguin Allen Lane and Basic Books, 2016). He is currently finishing a book on American involvement in South Asia from the early twentieth century to the present. He is a recipient of the Infosys Prize for Social Sciences (2015).

Off the War Path