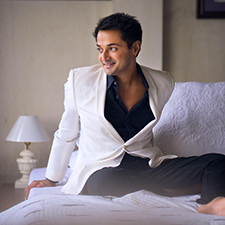 Siddharth Dhanvant Shanghvi (born 1977) is an Indian author in English-language whose notable books include, The Last Song of Dusk (2004) and The Lost Flamingoes of Bombay (2009). He lives in Bombay and is a contributor to Time and other publications.

The Last Song of Dusk (2005), made it to Man Asian Prize: 2009 Shortlist, won the 2004 Betty Trask Award, one of UK’s most prestigious prizes for debut novels, and Premio Grinzane Cavour 2005 (Italy) for the Best Debut novel. This book was also theSan Francisco Chronicle Best Book of 2004, a 2006 IMPAC Dublin Literary Award Finalist and a San Francisco Chronicle best-seller, and translated into 10 languages.

She Writes, He Writes