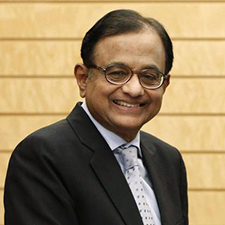 P. Chidambaram is a Member of Parliament in the Rajya Sabha and a former Union Minister of Finance and Union Minister for Home in the Government of India. He is an eminent lawyer practicing in the Supreme Court, India’s highest court. A public intellectual and author, he has recently published  Standing Guard: A Year in Opposition.  He writes a weekly column in the Indian Express on the economy, politics, social issues, foreign policy and contemporary affairs. He is a member of the Indian National Congress, the country’s oldest political party, and was elected to Parliament seven times from Sivaganga constituency in Tamil Nadu.

Banking for the Bottom Billion