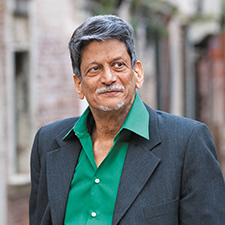 In November 2012 the President of the Federal Republic of Germany awarded Germany’s highest civilian award the Cross of the Order Of Merit to Kiran Nagarkar. 1915 was also the year the Tata Literature-Live Festival singled Nagarkar out for its Life-time Achievement Award.