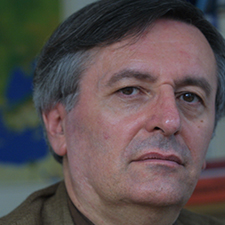 John Gray is Emeritus Professor at the London School of Economics where he was Professor of European Thought 1998-2007. Between 1976 and 1997 he was Fellow of Jesus College and then Professor of Politics at Oxford University. He has been Visiting Distinguished Professor at Harvard, Yale and the Autonomous University of Madrid. He now writes full time.

His recent books include The Soul of the Marionette: a short inquiry into human freedom, Gray’s Anatomy: Selected Writings and The Silence of Animals: on progress and other modern myths.  He writes articles and reviews for The New Statesman, The New York Review of Books and other journals. His writings have been translated into over thirty languages

Off the War Path