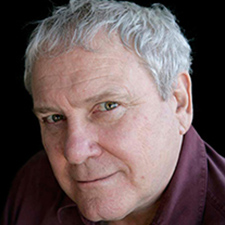 Frank Moorhouse is best known for his Edith trilogy, Grand Days, Dark Palace, and Cold Light which have as their background the rise of international diplomacy. They follow the career of a young woman in the League of Nations in the 1920s and 1930s through to the International Atomic Energy Agency in the 1970s.

Frank Moorhouse has also participated in public discourse, publishing essays in journals in Australia and overseas, including his award winning essay The Writer in a Time of Terror. He is currently interested in The Authority of the Imagination – what is its ethics?

He has been a Guest Scholar at the Woodrow Wilson Center in Washington DC, Colonel Johnson Fellow at the History Department of the University of Sydney, and a writer-in-residence at King’s College, Cambridge.

In 2015 the University of Sydney conferred on Frank Moorhouse the honorary degree of Doctor of Letters.

Once Upon a Town