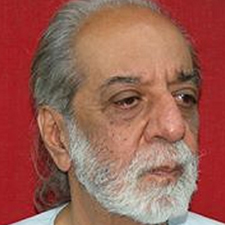 Adil Jussawalla is the author of four books of poems. The third of these, Trying to Say Goodbye, won the Sahitya Akademi award (2014) for a work in English. Some of his non-fiction has appeared in Maps for a Mortal Moon (2014) and more of it, along with a selection of his poems and fiction, in I Dreamt a Horse Fell from the Sky (2015.) He also edited the anthology New Writing in India (1974. He was born in Bombay in 1940 and has lived there most of his life.