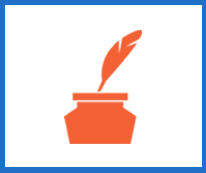 Legendary poet, lyricist, writer and filmmaker Sampooran Singh Kalra, best known across the world as, simply, Gulzar, will be honoured as the Tata Literature Live! Poet Laureate for 2016.

The Tata Literature Live! Poet Laureate Award, which carries a citation, plaque and cash prize, will be presented toGulzarsaab on the inaugural day of the festival, November 17, 2016, at the National Centre for the Performing Arts (NCPA), Nariman Point, Mumbai, where the celebrated poet will also read some of his recent work.

Says Gulzarsaab, “I feel very honoured to be receiving the Poet Laureate award this year. It came as a lovely surprise when Anil Dharkerji called to tell me about the award. For a moment, I felt like there might have been a mistake, akin to walking into a dimly lit room, where it takes a moment for your eyes to adjust. I have a number of books, but I wasn’t sure Anilji knew of my writing outside of films. It is a great honour to be receiving this award; it gives you a little more confidence and assurance in your work.”

Gulzar’s poetry and lyrics have given expression to, and shaped the feelings of, millions of Indians for over five decades now.  Author of a number of books of poetry, fiction and tales for children, his work has become part of the cultural fabric of India. An Academy Award for the song Jai Ho! From Slumdog Millionaire only proves his universal appeal.

The seventh edition of Tata Literature Live! coincides with the 400th death anniversary of another evergreen poet, William Shakespeare and Gulzarsaab pays his tribute with a charming ode written specially for the festival.

Your characters wait in the wings,

Adorned in their costumes

With the same conflicts:

Aware that the world’s a stage

And we are merely actors.

Leans over her balcony,

Away from all prying eyes.

The arrogant Caesars are

As senates echo with

the heart and the soul.

The third bell has sounded

And the lights have come on.

Your characters wait in the wings.

It’s time to raise the curtain.

The poet-lyricist who won his first National Film Award in 1972 for Koshish has gone on to collect a string of accolades and trophies: the Padma Bhushan, India’s third-highest civilian award in 2004; the Dadasaheb Phalke Award, the highest award in Indian cinema, in 2013; the Sahitya Akademi Award in 2002; five National Film Awards, 20 Filmfare Awards and a Grammy and an Academy Award for his song Jai Ho! from the movie Slumdog Millionaire.

Founder and Director, Literature Live! Anil Dharker says, “Gulzar’s contribution to Indian literature through his heart-rending poetry makes him an obvious choice for the award. We look forward to welcoming Gulzarsaab to the festival – to receive the award and to recite his poetry commemorating the 400th anniversary of Shakespeare.”

Mr. Harish Bhat, Tata Sons, says, “Gulzarsaab is one of India’s best-loved poets and lyricists. The power of his poetic expression has redefined words and has touched the hearts of one and all. It is truly an honour for us to confer him with the Tata Literature Live! Poet Laureate Award. We’re looking forward to hearing him speak at the festival.”

Vikram Seth was the recipient of the Tata Literature Live! Poet Laureate Award in 2015.