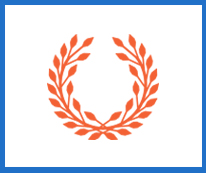 The Tata Literature Live! Lifetime Achievement Award for 2016 will be conferred on acclaimed author Amitav Ghosh. The award will be presented to him at Tata Literature Live!’s annual awards ceremony to be held on November 20, 2016, at the National Centre for the Performing Arts (NCPA), Nariman Point, Mumbai.

The award has been instituted by the festival to recognise and honour outstanding contributions in the Indian literary space. Past recipients of the award include legendary writers Kiran Nagarkar in 2015, M T Vasudevan Nair in 2014, Khushwant Singh in 2013, Sir V S Naipaul in 2012 and Mahasweta Devi in 2011.

Amitav Ghosh says, “I am deeply honoured to be receiving the Tata Literature Live! Lifetime Achievement Award. It is a privilege to be included in a list of such distinguished honorees.”

Ghosh is one of the country’s most celebrated writers, one who has a following as great in India as across the world. He is famed for his meticulous historical research that is woven into writing of great grace and elegance. In 2007, he was awarded the Padma Shri by the Government of India for his distinguished contribution to literature.

Many of his earlier books have won accolades as well. The Circle of Reason (1986) was awarded France’s Prix Médicis Étranger in 1990; The Shadow Lines (1988) won two prestigious Indian prizes, the Sahitya Akademi Award and the Ananda Puraskar. The Calcutta Chromosome (1996)was winner of the 1997 Arthur C. Clarke award for Best Science Fiction. The Glass Palace (2000), an international bestseller, won the International e-Book Award at the Frankfurt Book Fair in 2001; and The Hungry Tide (2004) was awarded India’s Crossword Book Prize.

Other acclaimed books include In an Antique Land (1993), Dancing in Cambodia and At Large in Burma (1998). His latest book, The Great Derangement: Climate Change and the Unthinkable (2016), is an examination and analysis of how the overlapping worlds of politics, history and literature have failed to grasp the enormity or dangers of climate change.

Ghosh’s work has been translated into more than twenty languages and he has served on the Jury of the Locarno Film Festival (Switzerland) and the Venice Film Festival (2001). In 2011, he was awarded the International Grand Prix of the Blue Metropolis Festival in Montreal.

Anil Dharker, Founder and Director, Literature Live!, says, “The list of finest contemporary Indian-English writers remains incomplete without the name of Amitav Ghosh. We at Tata Literature Live! are very excited to announce Ghosh as this year’s recipient of the Tata Literature Live! Lifetime Achievement Award. His immense contribution to literature is well-known and recognised far and wide. We are looking forward to having him with us and hearing his riveting thoughts at the festival.”

Mr. Harish Bhat, Tata Sons, says, “Amitav Ghosh is an author extraordinaire who has not only made a prominent place in Indian literature but has also earned international acclaim for his outstanding work. It is an honour and an absolute pleasure to host him at the festival, and to present him with the Tata Literature Live! Lifetime Achievement Award, celebrating his contribution to the literary milieu and the many feats he has to his name.”

Taking this initiative forward, the festival this year has introduced three new awards – the Big Little Book Awards for Author and Illustrator in the Literature-for-children category, and the Sultan Padamsee Award for Playwriting.

Mumbai’s biggest and one of the India’s best international literary festivals, Tata Literature Live! The Mumbai LitFest is back to mark the city’s cultural calendar from 17th to 20th November, 2016. Over four days, the festival will take place at two venues – National Centre for the Performing Arts (NCPA), Nariman Point (17th to 20th November, 2016) and Prithvi Theatre, Juhu (19thand 20th November) – bringing together an eclectic mix of authors from around the world.