Message From The Festival Director 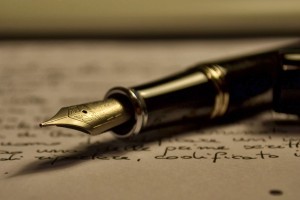 Does it get easier every year? Friends ask as our litfest draws closer. The answer is an emphatic no. The only year it was different was the first, because for all of us in the team, this was unknown territory. Our naivete led us to dream some impossible dreams, but by the second year, all of us, now veterans in organising an international literary festival, were wiser.
Yet the stress levels remain the same as D Day approaches, and however many deep breaths you take, the panic attacks remain: Mr X, the writer from England, forgot to sign his visa form (and he was perplexed the Indian embassy refused to accept it). Ms Y, the French writer, didn`t even apply for a visa. ‘I`ll get it on arrival,’ she said, forgetting that India is not part of the European Union. Mr Z at the last minute accepted an invitation to speak in Japan, so could he please come via Tokyo instead of Heathrow?
All this is par for the course. But the joys outweigh the stresses, particularly in getting to know, first through email, then in person, writers one has read, and admired for years. Like Germaine Greer. I give her an idea for a talk. ‘It`s the worst idea I have heard,` she says diplomatically. We then spar a bit, and come up with something that satisfies us both. She also fondly remembers her time in Mumbai in the 1980s teaching at college. Can there be a reunion?
Vikram Seth accepts his Poet Laureateship in verse. Before that he sends me pictures of his cat, a really beautiful creature. I remember V S Naipaul too had a cat, and wept on the Tata Theatre stage when he remembered its death.
I go to see Kiran Nagarkar one evening. ‘We have come to a decision about the Lifetime Achievement Award.’ I tell him. ‘Anyone I know?’ he asks. ‘Someone you know rather well,’ I say, `really, really well,` All credit to his modesty that he is genuinely surprised that it`s him I am talking about.
You will meet them now in person. You will get to meet over a hundred other writers who were only names on a page until today.You hold in your hand the key to a wonderful world.