Too Many Mistakes – Ramachandra Guha

– What the rest of India owes Kashmir and Kashmiris

(Written for The Telegraph on September 2nd, 2016) 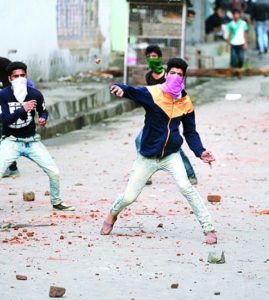 In the late summer and early autumn of 2010, the valley of Kashmir was gripped with protest, discontent, violence and suffering, just as it is now. In August 2010, when the troubles had entered their third month and the death toll had reached 70, the experienced journalist and Kashmir watcher, Siddharth Varadarajan, wrote a piece in The Hindu urging the prime minister, Manmohan Singh, to take “bold steps to demonstrate his willingness to address the grievances of ordinary Kashmiris”.

Dr Singh, wrote Varadarajan, should not insult Kashmiri sentiments “by talking of economic packages, roundtable conferences and all-party talks”. Rather, “he should unreservedly express regret for the deaths that have occurred these past few weeks. He should admit, in frankness and humility, the Indian state’s failure to deliver justice all these years. And he should ask the people of Kashmir for a chance to make amends. There is still no guarantee the lava of public anger which is flowing will cool”. For, wrote Varadarajan in August 2010, if the prime minister did not “make an all-out effort to create some political space today, there is no telling where the next eruption in the valley will take us”.

Five years later, in August 2015, I was in Kashmir myself, and wrote about what I saw and heard in these pages. There was, I found, “widespread distrust of the government of India and its intentions”, for “the government of India had far too often reneged on promises made to the Kashmiri people”. At the time I visited, there was deep resentment about the failure to provide adequate and prompt relief to the victims of the terrible floods of 2014. I was told that had these floods occurred in Uttar Pradesh or Gujarat, Narendra Modi’s government would have been far more prompt in helping the victims re-build their lives.

The Kashmiris I spoke to also complained about the one-sided representations of their state in the Indian media. “The Indian media’s tendency towards jingoism deeply damages India’s case for and in Kashmir,” I reported. The hysteria of channels like Times Now, I wrote a year ago, “threatened to obscure sober discussion of our moral and constitutional obligations to the people of the Valley”. (It still does.)

In August 2015 militancy was down, and the army less visible on the streets of Srinagar than it had been in recent years. Tourism was flourishing. But for this comparative calm to be sustained, the government of India had to be more proactive in addressing the many legitimate grievances of the Kashmiri people. My article concluded with these words: “There is a window slightly ajar in Kashmir; it can be gently prised open by a government that thinks and cares. Or else it might swiftly shut again.”

Neither Varadarajan nor I would claim to be prophets. Neither he, nor I, feel vindicated that our prophecies may have come to pass. That successive governments have treated Kashmiris with indifference at best and contempt at worst is something that any student of the region and its tortured history knows. And yet we keep hoping that the next government will make amends. But it doesn’t.

In a recent article in The Indian Express, the senior Bharatiya Janata Party leader, Vinay Sahasrabuddhe, has this to say about the tragic, ongoing conflict in Kashmir: “Healing touch, dialogue and engagement are all nice terms but how can any government heal wounds, mostly self-inflicted, repeatedly by a section of the people?”

There have been many stupid statements made about Kashmir and Kashmiris over the years, but this one surely takes the cake. The illegal arrest and detention of Sheikh Abdullah, his replacement by the corrupt and cronyist Bakshi Ghulam Mohammad, the rigging of successive elections, the whittling down of Article 370, the periodic threats that this article of the Constitution will be removed altogether and the Valley invaded with settlers à la Palestine and Tibet, the overbearing presence of the army over the past two and a half decades, the deaths of innocents in police and army firing, the incidents of rape and torture committed by the Indian paramilitary forces and army that have gone unpunished – which of these wounds does Sahasrabuddhe think is “self-inflicted”?

To be sure, not many of these wounds were inflicted on the Kashmiri people by the BJP per se. As I have often argued (in these columns too, but at greater length in my book, India after Gandhi), the primary responsibility for India’s errors in Kashmir must be borne by the Congress. Yet the BJP is determined to commit some grievous errors of its own. Only slightly less insensitive than Vinay Sahasrabuddhe’s statement is that made by the BJP-aligned writer and parliamentarian, Swapan Dasgupta, who said of the repression under way in Kashmir that “harshness is only to facilitate a process of greater love”.

How much more harshness must the Kashmiris know and experience before they see love? The tragic truth is that Kashmiris have only known lesser and greater degrees of harshness from Indian politicians and Indian governments. (The two occasions when they may have – fleetingly – experienced love were when Mahatma Gandhi visited the Valley in 1947, and when Atal Bihari Vajpayee visited it in 2003.) In any case, to talk of harshness having to necessarily precede love befits an old-style schoolmaster or colonial official scolding his wards, not a democrat speaking in the Indian Parliament.

The BJP’s ‘point-man’ in Kashmir is the party’s general secretary, Ram Madhav. In a recent interview with the Hindustan Times, Ram Madhav said the upsurge in Kashmir took the government “by surprise”, which makes one wonder how many Kashmiris Madhav has spoken to, only because (as Siddharth Varadarajan and so many others have pointed out) even when the situation is apparently calm, the resentment at the grievances accumulated over the years smoulders underneath. Since “[t]here was no such anticipation of any outburst of violence on the streets”, continued Ram Madhav, “[s]o initially, there was some kind of confusion about how to tackle this situation”.

Alas, the confusion has persisted. The home minister has made conciliatory statements, the defence minister and the finance minister have blamed it all on Pakistan, and the prime minister himself has wavered between conciliation and confrontation. As for Ram Madhav himself, at one point in his interview he claimed that “Pakistan-inspired groups… are responsible for provoking this violence and stone-pelting”. At another point he insinuated that the state’s main Opposition party, the National Conference, was “probably behind today’s unrest”. This represents confusion of the highest order, since the National Conference has since Sheikh Abdullah’s day been opposed to Pakistan. How Pakistan and the National Conference can both be behind the unrest beggars belief.

I have highlighted some stupid or senseless remarks made recently on Kashmir. The most sober and constructive remarks that I personally have heard on the subject were made by the senior Peoples Democratic Party leader, Muzaffar Hussain Baig. He urged (in several television interviews) that before reaching out to the Hurriyat and other separatist groups, the Modi government should first listen to and take on board the advice of the three major parties in Kashmir committed to the Indian Union -these being the National Conference, the state unit of the Congress, and, of course, the BJP’s own alliance partner, the PDP.

Muzaffar Baig noted that the major stumbling block to such a rapprochement was the hardline faction of the sangh parivar, which still demanded the abrogation of Article 370, the settlement of Hindus in the Valley, a ban on beef consumption, and a ban on the state flag. These proposals naturally led to fear and suspicion among Kashmiris. Unless these were abandoned – not just temporarily shelved – the trust deficit would continue. Baig himself hoped that with his popular mandate, the prime minister, Modi, would have the vision and courage to grant the full and proper autonomy that the National Conference and the PDP had long asked for but always been denied.

To be sure, Pakistan has meddled malevolently in Kashmir, as it has done since 1947, and as it will do so long as it exists. But the discontent in Kashmir is too deep, too pervasive, and too persistent to be simply blamed on Pakistan. The government of India has made many mistakes in Kashmir, and committed many crimes too. It has much apologizing to do if it is to win back (some would say win for the first time) the trust and affection of the Kashmiri people. A good way to begin would be for Modi to accept the advice offered in 2010 to his predecessor (sadly disregarded), go beyond economic packages and all-party talks, “unreservedly express regret for the deaths that have occurred these past few weeks”, then “admit, in frankness and humility, the Indian state’s failure to deliver justice all these years”, and finally, “ask the people of Kashmir for a chance to make amends”.

*The article is published here with the Author’s permission.