Beyond The Frame: Homesick

It was a sultry Kolkata afternoon right in the middle of my summer vacation. The heat had climbed to a

level that one might get a stroke just by poking his head out of the window for a few minutes. But a

weekday it was and one had to go about his usual routine. Amidst the bustling office goers, there I was,

a good, obedient son, helping mom out with her boring bank work, which involved standing in queue

junction. As mindless the task was, I kept thinking of getting back home, wandering what was there for

lunch, counting the number of days till college reopened

When I was done with that, compelled by a sudden craving for pulpy grape juice from a certain shop

next to the Magnolia restaurant, I walked for fifteen minutes, bought a bottle, and took a sip, leaning

against the guard rails. Satiation, finally.

It was then that I saw her. In stark contrast to her posh surroundings of Park Street, a beggar woman,

withered, dirty and unkempt, she had the appearance of someone who had aged far ahead of her time.

This scene was not that much out of ordinary. India is well known for her share of the street life. Even

magnificence of the Taj Mahal or the caves of Ajanta and Ellora. But even by those standards, this

woman looked, well, emaciated. Her cheekbones were almost popping out of her face, her skin sallow,

wayward dirty hair_ I felt pity for her. The scorching heat did little to stop her_ as I sipped the juice,

standing in the shade; she went from car to cab to car every time the traffic signal in front of Flury’s

turned red. I observed her for half an hour as she repeated her custom doggedly. Very seldom did any of

the cars even lower their windows, but she seemed oblivious to these rejections. Thin as a stick and

bent almost in double, this figure kept on approaching car after car_

Finally, just as my bottle of juice was over and I turned to leave, the woman broke her monotonous

routine. She shuffled over to this shop near which I was stationed, took out her stash , the fruits bore by

her last half hour’s efforts , a handful of coins. What followed then left me numb. she counted out the

money, placed nine rupees (all that she had) in the shopkeeper’ss palm. Then she pointed to a cigarette.

A Black cigarette, a clove flavoured smoke which cost her all her money. I stared as she lit it swiftly,

shuffled away from the bustle and sat down on the pavement to enjoy a quiet smoke one long drag,

eyes closed, and her expression spelt it out, satiation, finally.

I couldn’t help wondering how this woman could afford one fag worth nine bucks, how she could

literally blow up all her money in smoke. Even more so since all she said while begging was that she

hadn’t eaten for days. To me, it seemed like she hadn’t had a proper meal in months. I couldn’t resist. I

asked the shopkeeper and was told that irrespective of whether she acquired food or not, she’d buy

herself a new kind of cigarette, something she hadn’t tried before things had been the same for the past

I started walking towards the subway, my mind full of what I just witnessed. Maybe that was the luxury

she lived for. True, there’s so much more to the world than what meets the eye. By the time I boarded

the train, my mind had wandered off to more mundane things. After all, it was just another hot summer

weekday everybody had to get back to their usual routine 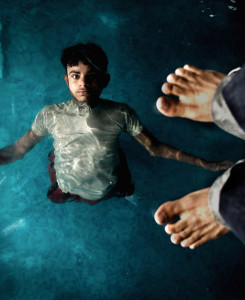 With a fascination for capturing Beauty in the moments of life, I began shooting extensively through my early years, with the aim of making Photography my profession.

As a student of the Bachelors of Mass Media (B.M.M.) course in college, I was fortunate to have photography as a subject, where I refined my technical knowledge of the Art.

On graduation, for about a year and a half,  I assisted a few renowned photographers, namely Tejal Patni, Amit Ashar, Joy Datta and Palash Bose, through whom I have learnt and witnessed various styles and forms of photography.

Since the past 8 years now, I have been independently pursuing my career.

Having done publicity stills for films and fashion and corporate images for magazines and agencies, I continue to create images that stimulate emotion.